The RAM model offers superior insights into lifecycle cost and asset performance. This provides a rationale for the choice of maintenance and renewal activities and determines how the assets should be managed to meet the performance objectives of the Asset Class, and the broader Asset Management Objectives. The output from the RAM model forms the key input into the development of Technical Maintenance Plans (TMP), which are a part of the Asset Planning Process.

As a result, the client was spending time and resources changing maintenance regimes without knowing the impact they would have on operational availability and level of assurance of performance.

The first step in the RAM study was to perform a purge and filtering of the obtained data to improve their quality. In this data purging process, several different aspects were considered, including the treatment of absent values, usefulness of the records and identification of erroneous data.

Generally, the purging process includes detection and elimination of anomalies, errors, and inconsistencies, along with integration and/ or consolidation when there are several input sources. Once the data had been cleansed, Pareto Analysis was conducted for each system-subsystem-component level for 10 asset classes.

Each asset class system hierarchy was built based on the EN 15380-2 standard to standardise the asset classification hierarchy structure.

The critical and sensibility analyses were carried out as result of simulation where possible to detect which sub-system and component had more impact on system operational availability and system reliability.

These reports provided a graphical demonstration of the reliability and maintainability/availability characteristics of each component in the system and helped to identify the components that may require improvement.

A baseline RAM model has been established, resulting in proper identification of bad actors, identification of areas of vulnerability which can affect operational availability and quantification of which systems/components and associated maintenance activities dominate downtime.

With this knowledge, the system design can be optimised, including its configuration, level of redundancy, component selection and supporting maintenance strategy. As well as suggesting tangible improvements, a RAM programme provides confidence that the system will meet its operational targets and support wider project decision–making.

Next steps – Treat these RAM models as living documents (assets) that collect more data and improve with time, and update RBDs and/or RCM (system hierarchy). Used appropriately, RAM modelling is an effective tool for assessing system reliability, availability and maintainability, and is crucial to support the Asset Life Cycle Planning Process.

If you want to know more about this project or would like to discuss anything relating to RAM Analysis, don’t hesitate to talk to us! Improved Spares Inventory by Optimising Bill of Materials in SAP 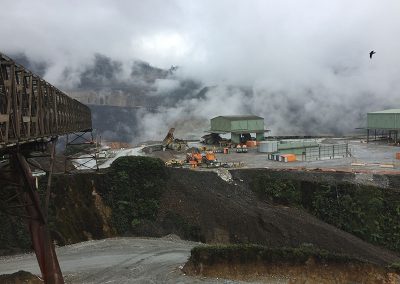 We use cookies to improve your experience on our website. If you continue to use this site we will assume that you are happy with it. To find out more about the cookies we use, please see our Privacy Policy. Thank you!AcceptRead more